Learn the rules and test your skills on our platform!

3 cards are dealt to each player at the beginning of the game. The dealer is randomly selected. The player, who is on the left of the previous dealer, is the next dealer.

Before the cards are dealt, each player pays a starting bet to enter the game. The term is also known as “Ante”. The entrance does not change and is determined before it starts.

Before players can see their cards and after the first bet has passed, the player, standing to the left of the dealer, can make a blind bet.

When each player sees their cards, standard bets can start. If there is a blind bet, the player who has chosen first to keep it has to raise or fold. The Player on its left continues the play.

When the points of two or more players are equal we have Svarka. The pot is not collected from any of the players. There is a new distribution of cards in which those with equal points play for the pot. Other players can also participate if they pay the entrance, which is determined by the pot, formed during the Svarka, divided into the number of players who have equal points. For a pot of 400 and two players with equal points, the others must pay an entrance of 200.

The game is played normally and three cards are dealt after the payout or the giving up of the players. If there is again an equal number of points, the pot remains, and a new svarka is played.

Combinations of cards in the hand of the players determine the scoring. Without being in combination, the points, that the cards bring are:

*7 Clubs is a special card and brings 11 points.

Cards from one colour – The points of all the cards in the hand that are the same colour are collected.
Example: 8♠ Q♠ Q♡ | In this combination are only 8♠ and Q♠ and therefore brings 18 points.

Тhree equal cards – The points of the three cards are collected.
Example: J♡ J♢ J♣ | Тhis combination brings 30 points and in it are included also the three Jacks. 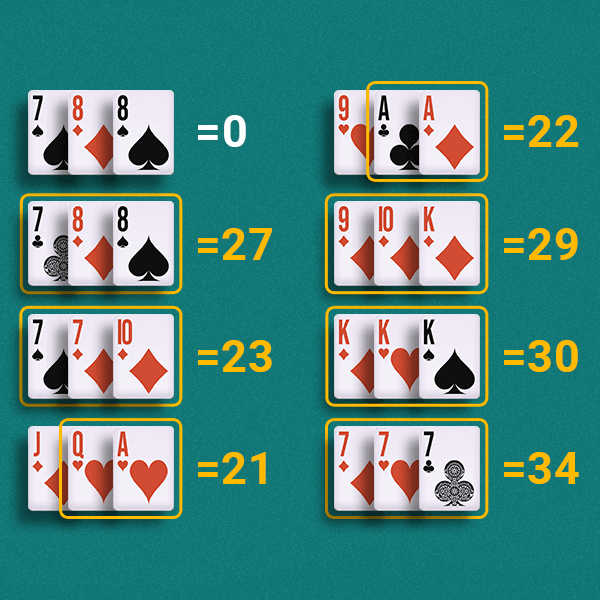 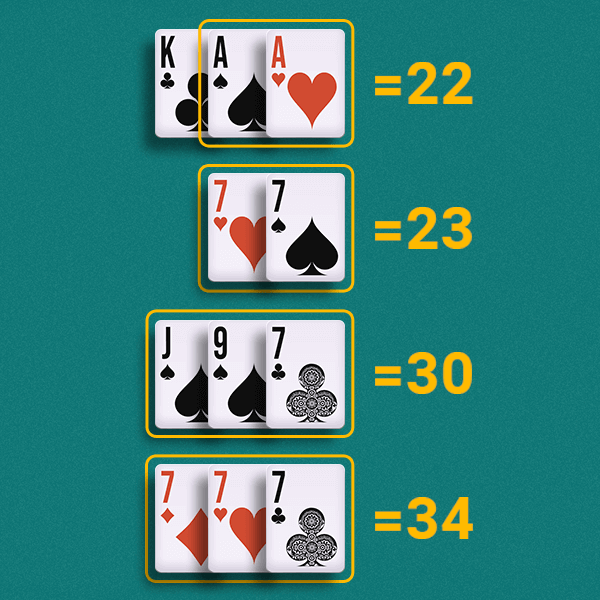 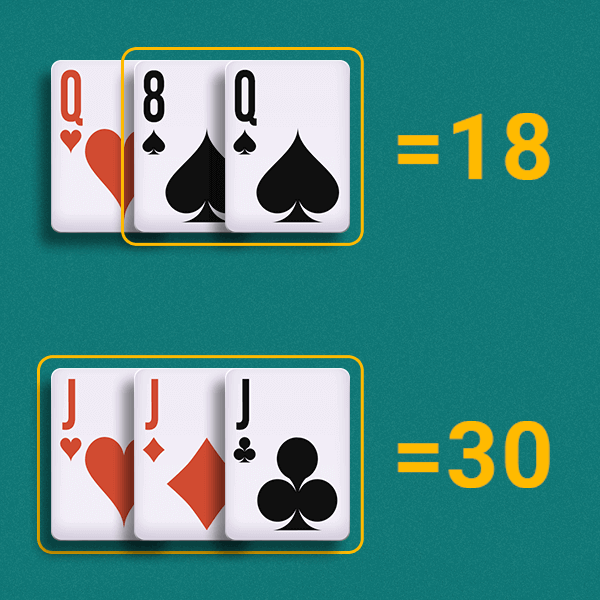 Dealer – Тhe one that bets last deals the cards.
Initial bet (Ante) – The bet that has to be paid to the players in order to participate in the dealing.
Blind bet – A special type of bet in which you play without seeing your cards.
Standard bet – A regular bet.
Pot – All the bets from the players in the present dealing.
Svarka – Equal number of points of two or more players.
***8 – The 7 ♣.